Having lived in the River North area of Denver for over a decade, I was excited to help an old friend when he opened a new bike store in the neighborhood.

I developed two signs for his store space. One that was permanently attached to an interior wall and one that could be hung and moved around the store or even to different events. 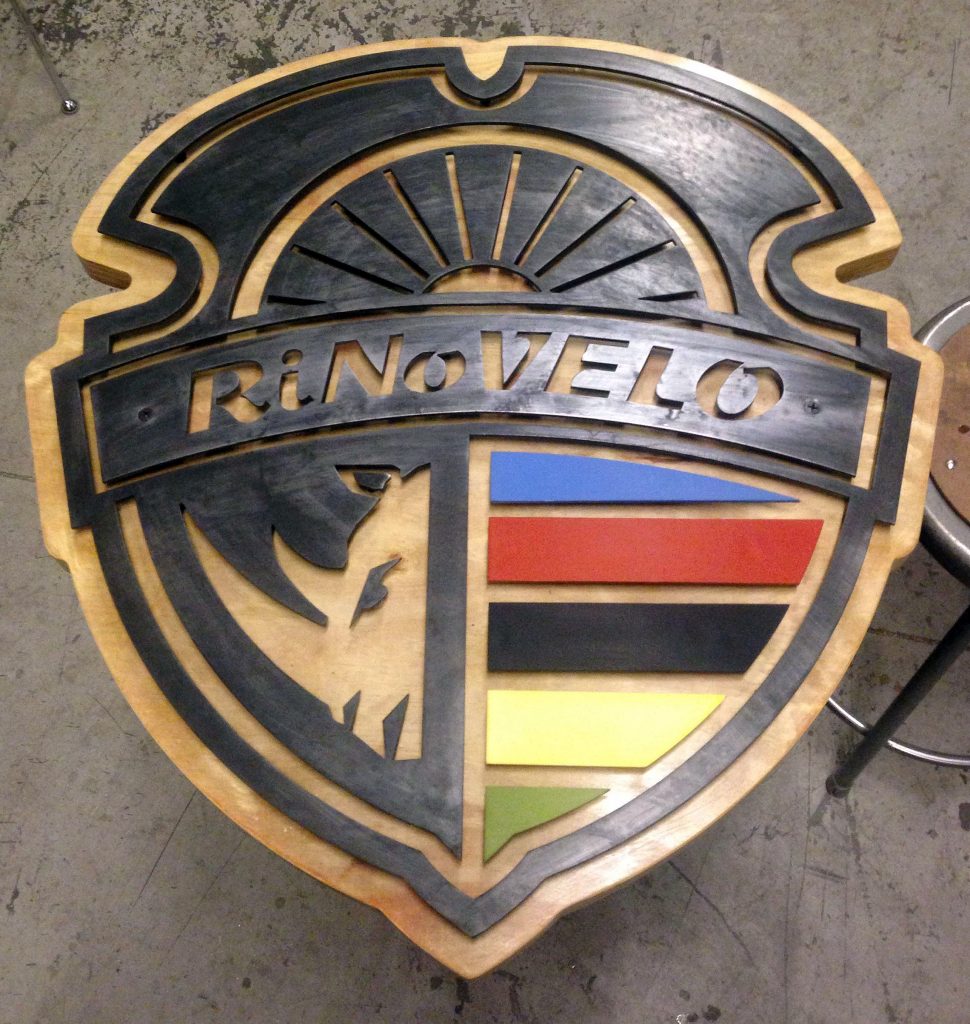 The finished full-color version. I used a black patina on the raw steel and painted the rainbow stripes- representing the UCI world champion colors. I used a bit of scotch-brite on all of the surfaces to add a bit of character to the sign. RiNO Velo is a great shop with a number of re-used pieces and a shiny new sign would have looked out of place. 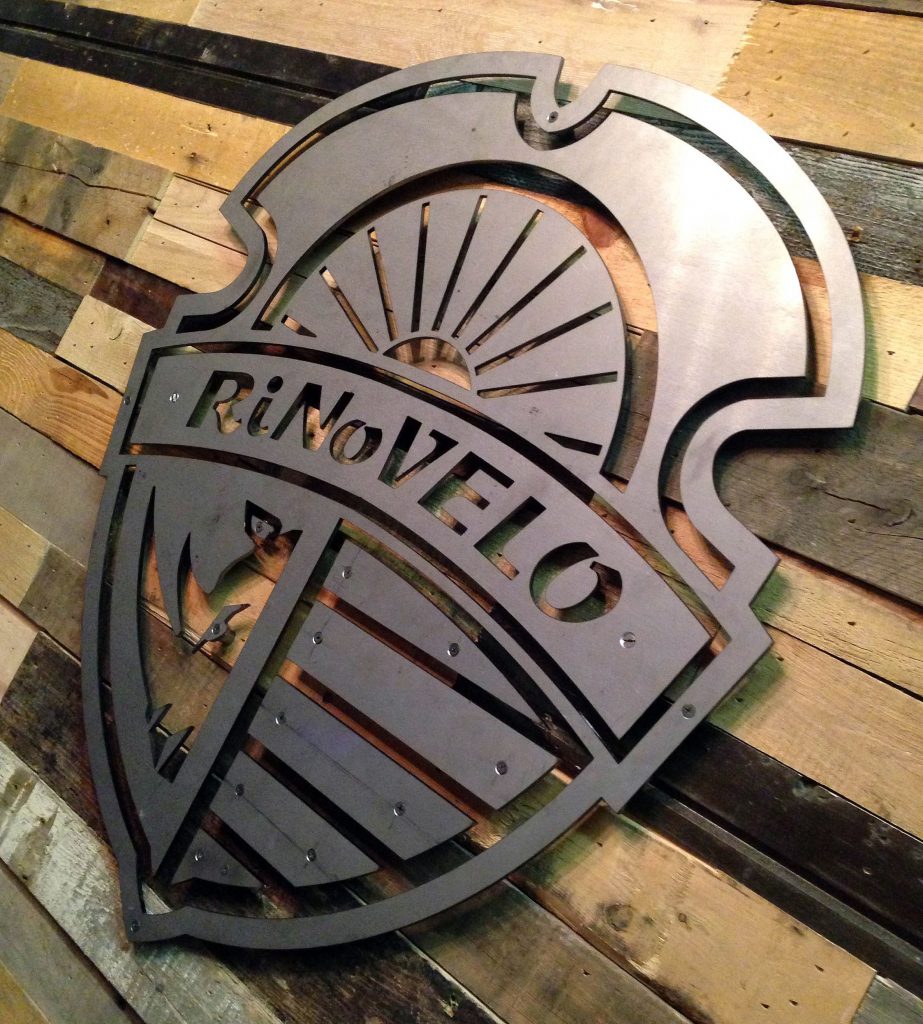 The raw steel version that we attached to an interior wall of the store. 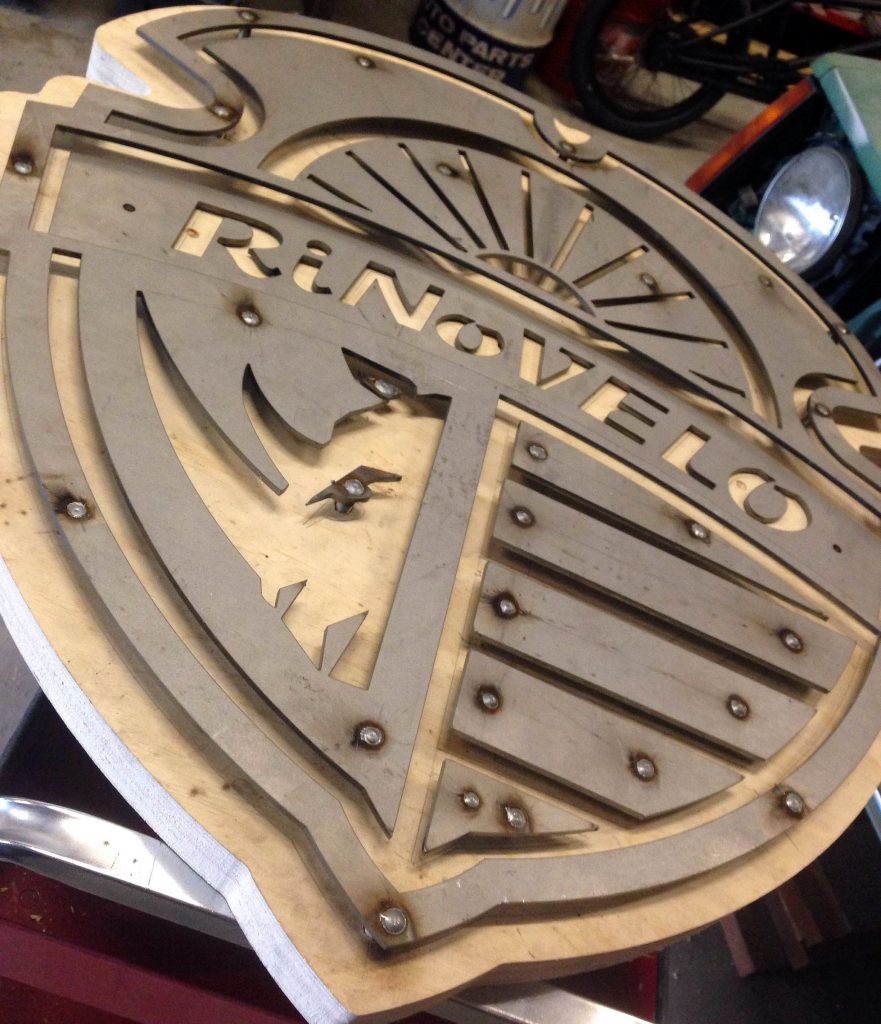