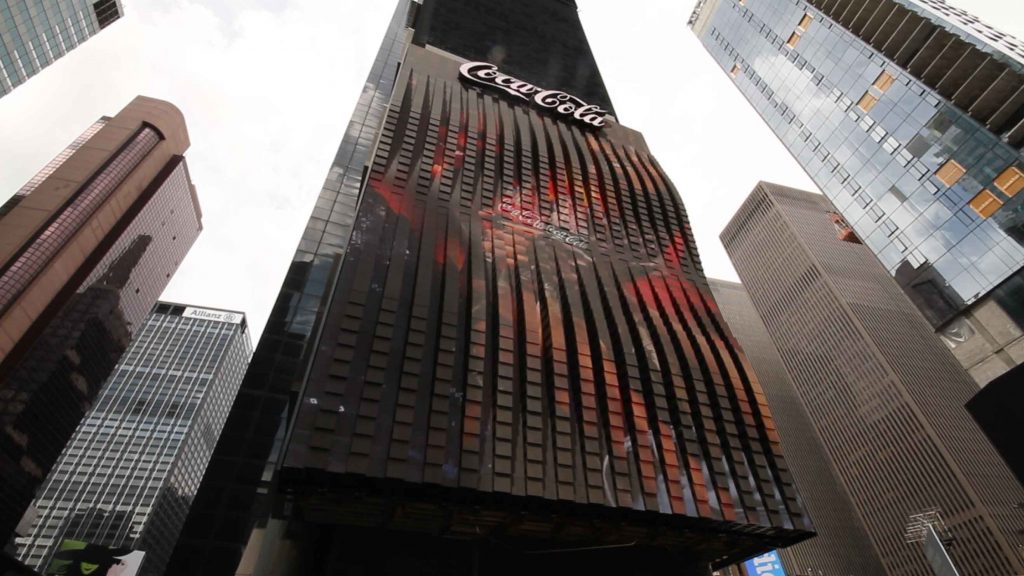 Coca-Cola has a long tradition of innovative billboard designs in Times Square. Following this tradition, in August of 2017 Coca-Cola installed their newest sign in Times Square. This particular sign utilizes 1760 robotic LED modules that provide independent and controlled motion across the entire face of the billboard. Guiness Book of World Records recognized the sign as being both the first and largest 3D robotic billboard in the world.

I was fortunate to work on the development team that was responsible for winning the design bidding process. My focus was on leading the design of the individual robotic modules. By utilizing talented engineers in the US and Asia, we were able to develop a prototype system that was tested in Times Square and that evolved into the sign that has now been successfully installed.

Additionally, Coca-Cola added my name to the patent. 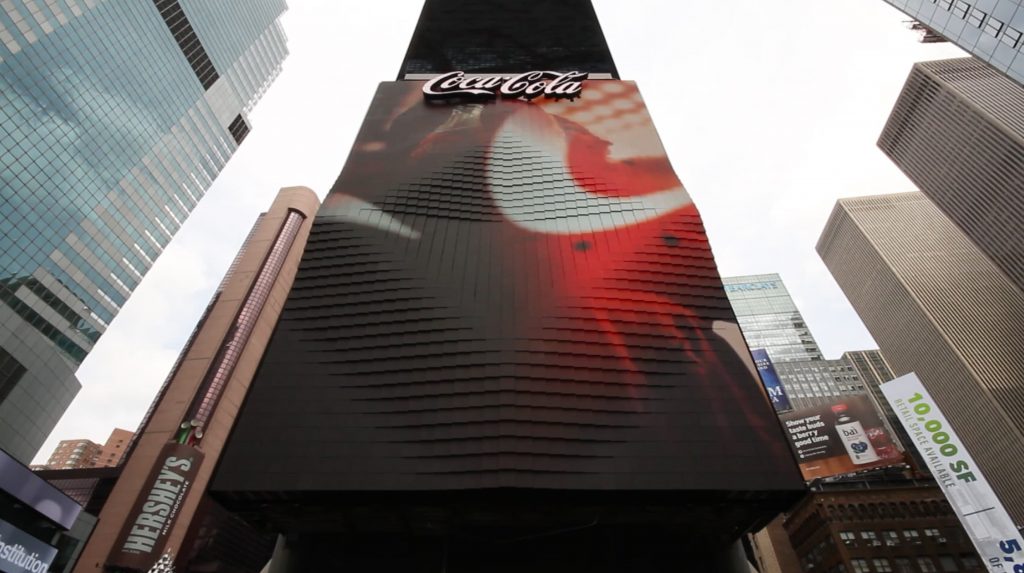 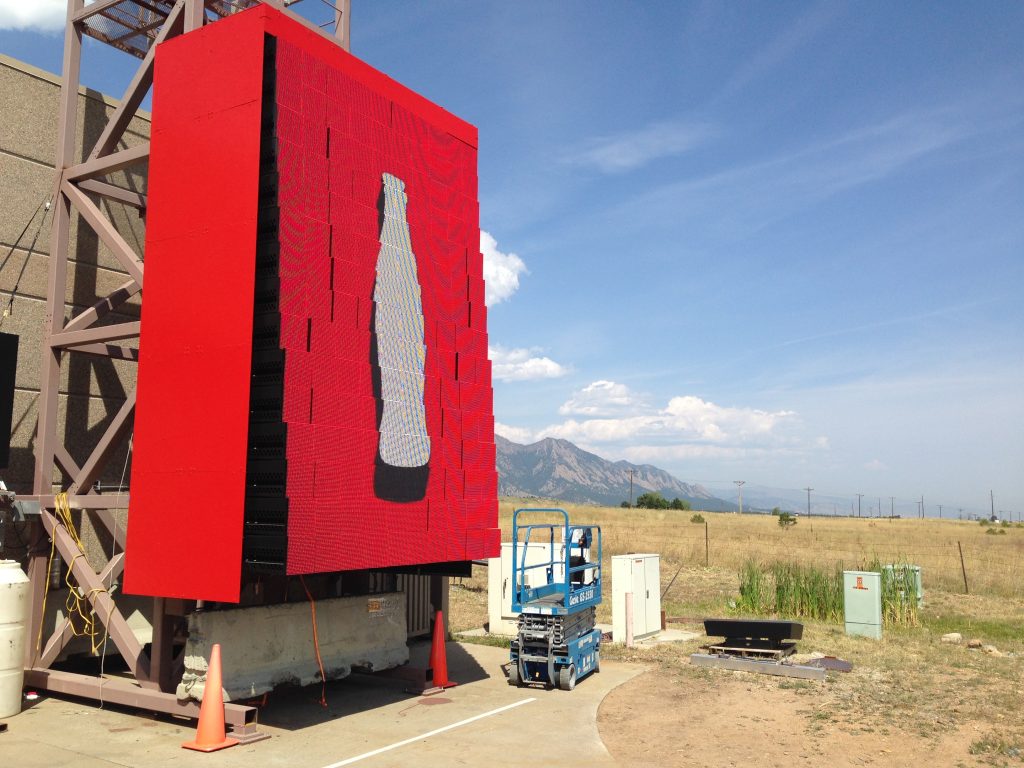 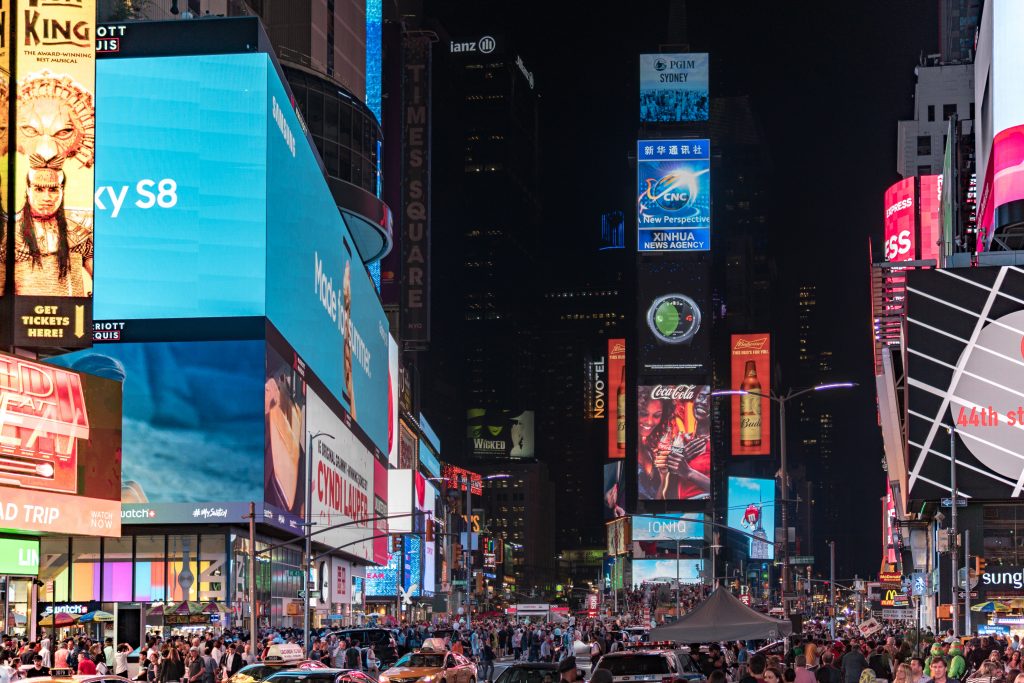